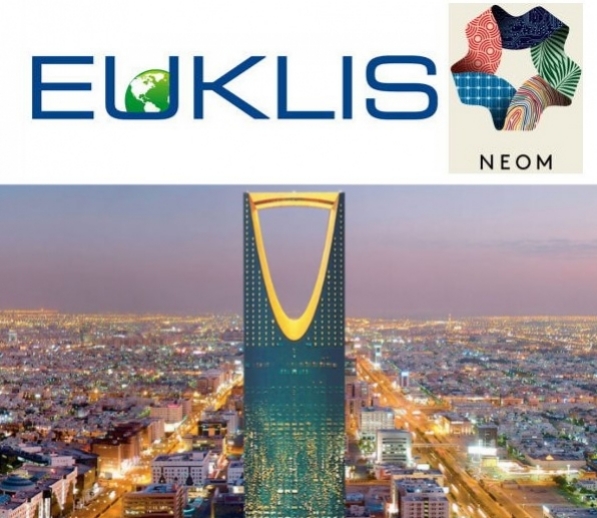 Euklis is glad to announce to have officially joined NEOM supplier and contractor list.

The ambitious project of Neom is a planned cross-border city in Saudi Arabia which plans to incorporate smart city technologies and also function as a tourist destination.

The site extends across three countries: Saudi Arabia, Egypt and Jordan. The project seeks to become a hub that brings along the most effective minds and firms.

Saudi Arabia aims to complete the first section of NEOM by 2025. The aim of this company, that is wholly owned by the Public Investment Fund, the sovereign wealth fund, is to develop the economic zone of Neom. The project is planned to be totally powered by renewable energy sources.

“we are glad to be part of such an ambitious project and we hope to make the difference with our innovative technologies.” Antonmarco Catania - President of Euklis.